Inside Gold Coast: Behind the Bar 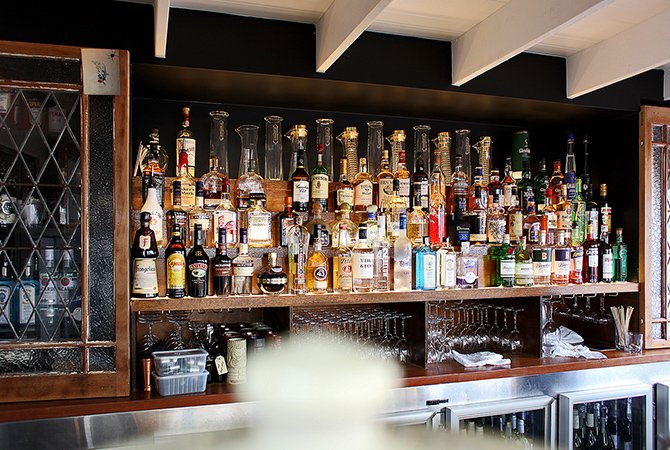 Slowly but surely Ben Howe is transforming Southport into a suburb set to rival the Burleigh Heads of the world. In the last five years he and his family have opened two sweet co-working spaces in two of the Coast’s most historical buildings and now he’s about to make the daring move into the hospitality world.

We sat down with Ben to chat about Mr PP’s, Southport’s first rooftop bar, and the local 18th century poet and illustrator it’s named after.

How long have you been a Gold Coast local?
I was born in Southport and lived away for a few years then came back in 2010 and I’ve been working in Southport ever since.

Where on the Coast do you live and what do you love about it?
I live in Mermaid Beach now, it’s really grown in the last few years. We moved there in 2014 and every few months there seem to be awesome new restaurants opening which adds a lot to the visibility of a city. The standard has been raised so high and now I’m doing my own venue, I know how hard it is.

How did Co-spaces and The Exchange come about?
Co-spaces is a family-owned business and building. My parents bought the old ambulance station in 2002 and it was awesome to be a part of that and see the impact it had on the community. In 2012 we had the light rail being built and that took two years which kind of wrecked the front of the building for that time. Our tenant moved out so I said I’d turn it into a co-share office and that’s where it all started. In 2015 we occupied a building two doors down which was the old Telstra exchange and I put another co-working space in there (The Exchange) and the building between those is the one Mr PP’s is going into, so now we’ve got the three historical buildings in a row.

We knew two businesses that wanted to move into Co-Spaces and I thought it was a great business opportunity. I knew people who wanted that flexibility and the Gold Coast was the perfect opportunity for that type of work environment. I was designing websites at the time with a friend, that was my primary business and I was looking for a similar kind of thing and couldn’t find it. No one was coming to rent it while the light rail was happening, so we tried it and it was really successful.

You’re building Southport’s first rooftop bar, how did that come about?
The old ambulance station was built in 1922 and my brother, his wife and another partner put Percy’s Corner (the cafe) in and it was named after the first Superintendent who ran the station for 40 years.

When we started this process we were looking for another historical character relevant to the building. We found out that in 1909 it was the Postmaster’s residence and where we are in the exchange was the second post office in Southport. We started looking up Postmasters and found this guy whose name was Philip Palmer Agnew who was a poet, artist, a scriptwriter and a brilliant illustrator and he was the first main Postmaster and telegraph operator. He came here in 1883 when the first telegraphs came to Southport and set that up. He was this crazy character and so talented, everyone loved him. He put on plays for the locals and was very loved. We found all these songs he wrote and illustrations he did so we decided to name the bar after him – it’s Mr PP’s Deli and Rooftop Bar.

Who else has made this possible?
When I first started this process I really wanted to include other businesses and young people because I feel like when you bring the community along with you, it’s really beneficial. Plus I don’t have any hospitality experience. One of my co-working members Arran Woollams has a design studio and he’s a bit of a hospitality veteran so he’s on board. Another one of my members, Kyle Sinclair is an Accountant, he does lots of books for hospitality businesses on the Coast and he’s also an ex-chef. Sam, a solicitor at IP Partnership, and Matt, a Lawyer at HW Litigation, are on board too.

What are your thoughts on the Coast’s growing start up culture?
It’s fantastic. It feels like it’s really exploded in the last few years and I think it’s because people see other great things happening and they kind of rise to that and things keep flowing and getting better. It’s cool, every suburb is starting to get its own vibe and I think for me with Southport, I see that potential. It’s got the history but it really lags behind other suburbs. You see places like Palm Beach which have come out of nowhere and exploded, I think that’s what we need to do in Southport and that’s why we’re doing what we are – to really help the suburb and encourage other people.

How did you come to be where you are today?
I went to Uni and did Information Technology then switched into 3D animation. I started working in animation and realised it wasn’t for me. I moved to Melbourne and worked in advertising and then moved back to the Coast and started a little digital design company building websites and then transitioned into Co-Spaces as a kind of accidental thing. And now I’m getting into hospitality.

What’s the best piece of life advice you’ve ever received?
Manners maketh the man (from my Grandma)

Being a Gold Coast local, we have to ask your favourites:
Beach: Tallebudgera Creek
Café: I like Alfred’s Apartment
Bar: The Cambus Wallace
How does your weekend usually look? At the moment it’s working bees on Saturday to finish this bar and then Sunday is family time. Head down to the beach or go for bike rides or to the hinterland. Catching up with friends.

This article was origionally posted on Inside Gold Coast. Read the article in full here.